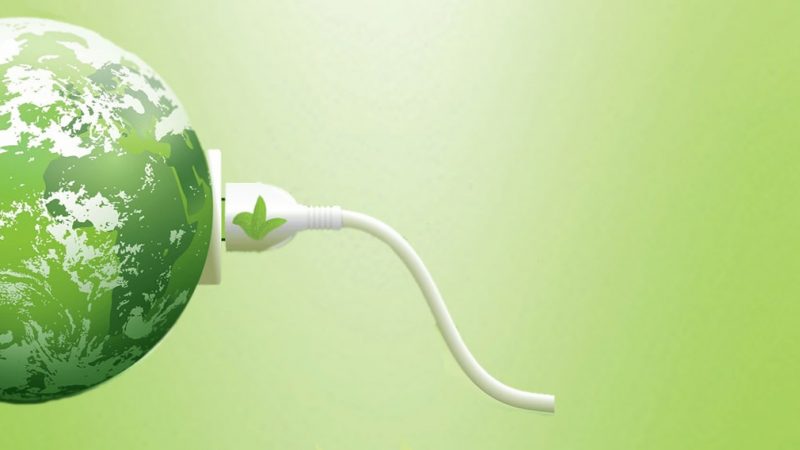 The decentralized structure of Blockchain technology is leveraged by the power sector. In a newly built platform, the sector now easily solves complex problems. Keeping with the worldwide concerns of green energy generation, resource depletion, and environmental impacts, the energy-intensive activities of mining cryptocurrency is viewed as a downside of the asset class.

Defying the arguments piled against cryptocurrency, there is a group of cryptocurrency projects that work with the goal of applying blockchain technology to the global energy grids to facilitate renewable energy production through a flexible marketplace that connects buyers and sellers.

Decentralized Blockchain mechanisms may be harnessed to deliver transparent, secure, reliable, and punctual energy alternatives. This drive is based on the principle that: blockchain-based tamper-resistant and distributed ledger stores energy presumption information gathered from IoT smart metering devices. Self-executing smart contracts are incorporated to programmatically define the expected energy flexibility computed for each prosumer, the associated rewards, and penalties alongside the guidelines for balancing the energy demand with energy consumption at the grid level.

Validation is consensus-based and is used for the validation of demand response programs. This also serves to activate the appropriate financial settlement for the flexibility providers. The implementation of the prototype on an Ethereum platform reveals blockchain-based distributed demand-side management can be effectively used to match energy demand and production at the smart grid level. The demand response signal, in this case, is followed with high accuracy, whereas the amount of energy flexibility needed for convergence is diminished.

The project was launched in June of 2019. It has since grown into an extensive network of partners with certain globally acclaimed companies including Volkswagen, Siemens, and Hitachi.

The Power Ledger platform (POWR), established in May 2016, was aimed at the creation of an operating system for new energy markets. This would be capable of trading renewable energy and environmental commodities on a local and global market.

The project is based in Australia and aims at leveraging blockchain technology to build a system where every electrical resource or power device comes with a digital identity. The digital identity is connected to a real-time market that facilitates the transactions between them.

Operating on the Ethereum (ETH) network as a peer-to-peer energy exchange platform, POWR utilizes a two-token system comprised of POWR and Sparkz to “ensure consistency across Power Ledger’s platform,” as per the project’s website.

Sparkz is a stable token, used when units of electricity (kWh) are bought and sold on Power Ledger’s platform.

The project’s website says the WePower platform is made to be the simplest way for companies of any volume to buy green energy straight from local producers.

Their aim remains to undo the complexities and expense that entail acquiring power from a facility. They provide the easiest way to harness renewable energy resources and high transparency and great flexibility.

Blockchain reserves the power to take innovation to simplify a long list of existing convoluted methods and reduce the cost in the process. Acquiring renewable sources of energy has never been this simple as is when riding on a blockchain framework

The crypto business is rapidly growing, and the best way to accept bitcoin payments happens to be bo...

Smart contract innovation has entirely transformed the landscape of ...