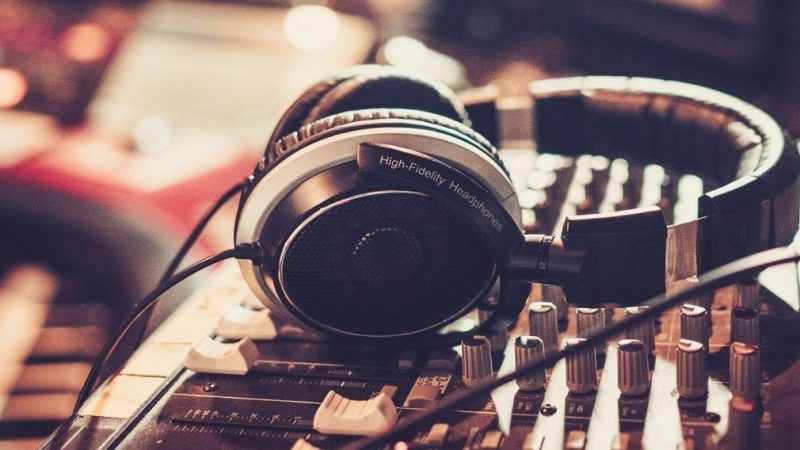 One of the main reasons for global blockchain incorporation is its ability to facilitate financial inclusion making a positive impact across countless lives. The underlying technology behind cryptocurrencies is disrupting markets worldwide, especially emerging economies. Contrary to common belief, blockchain is not limited to financial applications- it can be equally useful across multiple domains, including the global music industry.

Blockchain appeared in the mainstream first as the technology powering Bitcoin. Its distributed ledger mechanism provides document access to all its network members (nodes) while safeguarding authenticity. Transactions once recorded in a blockchain are permanent, tamper-proof, and require consent.

The application of blockchain in the existing addresses the challenges of censorship and gatekeeping by powerful organizations in collaboration with big tech. A notable example is the disappearance of the entire catalog and social media handles of Li Zhi, a Chinese musician known for creating songs that became an outlet for his views on social issues and democracy.

The Chinese government conducts a crackdown on artists using their position to speak out against atrocities committed in the Tiananmen Square protests in favor of democracy in 1989. Countless civilians were slaughtered by the Chinese army, an event never publicly acknowledged. Major streaming platforms, including ones from the US, remove music mentioning anything about these incidents. Decentralized blockchain is the next step of the evolution, bringing back power to the artists and their audience.

Also Read : The Role of Blockchain In Disrupting the Music Industry

How can Blockchain Change the Music Industry?

Blockchain is making a positive change in the music industry through the following ways:

i) The first step is the elimination of intermediaries and middlemen between music sales and streaming services. Streaming platforms may have changed the way the world listens to music, but it has also created a new form of intermediation between artists and listeners.

ii) While streaming platforms provide a remuneration based on the number of streams, the number is too low. Similar to them, blockchain effectively eliminates privacy returning fair loyalties back to the artists.

iii) Making use of peer-to-peer networks and a decentralized streaming platform, blockchain allocates its network’s service users as servers, essentially removing server hosting fees. Payments can be made using smart contracts and cryptocurrencies.

iv) For the listening audience, the platform will offer options for both streaming and purchasing a track. This way, they can directly extend their support towards their favorite music artists. Blockchain-powered projects may offer monetary incentives and rewards for fans. The artists can easily retain a majority of their revenues(up to 90%), from registered users, as well as freemium users(through ads).

v) The distributed blockchain database is a valuable tool for preserving records of music copyrights and right owners. Major platforms like Youtube, SoundCloud, Spotify and Netflix have expressed interest in this technology, reflecting the potential utility of blockchain.

Also Read : Blockchain: The Technology, The Applications, and The Possibilities

An Ecosystem that does not Exploit Artists

The integration of blockchain technology builds a better environment for artists and content creators. The process simplifies and streamlines multiple facets of the complex music industry that can be intimidating for upcoming independent artists. Budding artists need a better understanding of the financial and legal framework at play, and improved revenue streams to fuel their creative spark and interests.

There are enterprises that offer cent percent of sales revenue and tips to the artists. What’s more, the decentralized environment facilitates collaboration. The earned revenues can be automatically split between the participants, preventing further hassles.

Blockchain technology can provide a multitude of benefits to the existing music industry. Through decentralization, it offers better opportunities for artists and content creators, while offering rewards and incentives for the listening audience. For the labels, it can help with streamlined processes, removal of intermediaries and zero hosting charges for music platforms.