The Metaverse and Its Numerous Gaming Opportunities 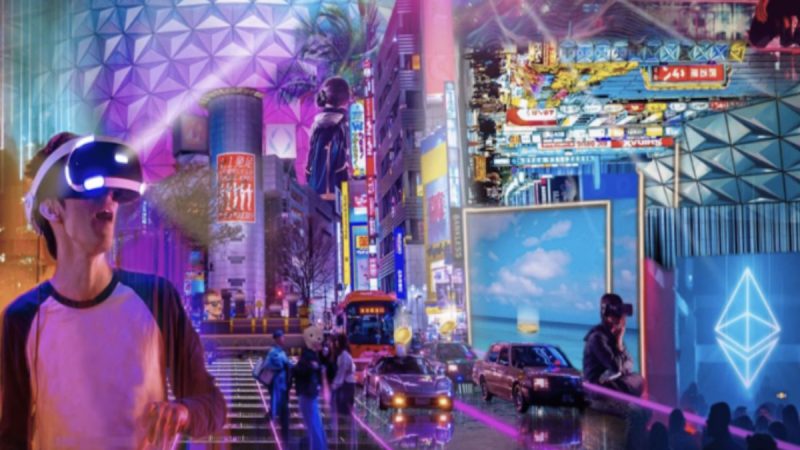 The Metaverse isn’t just a virtual world that you can access with a VR headset. It’s also a series of experiences that go beyond the limits of just one way to interact. As we add augmented and extended reality to the Metaverse, it becomes a continuum where the online and offline worlds are hard to tell apart. The Metaverse gives people more realistic and immersive digital experiences, which is kind of like teleporting them to another place.The Metaverse’s fantasy world can be a dynamic place where people can work together.

Here are some other ideas for making applications for the metaverse:

Huge multiverses will need a lot of computer power and a lot of computers to back them up. This can be done without crashes with a chain of computers backed by blockchain and storage between multiple nodes. With this strong backup, the Metaverse can’t be stopped and works all the time. As digital technology gets better, digital currencies are also starting to appear. In blockchain-backed play-to-earn game models, these digital currencies, also called crypto-currencies, are used to trade in-game items and make money.

With the help of NFT technology, users can make avatars that represent them in the Metaverse, as well as in-game assets. At the moment, the NFT technologies have features like transparency and credibility that make sure the identity of the NFTs and the safe transfer of ownership.

3) 3D tech that is fun and can be played with

For the Metaverse to work well, its technologies must be able to fully scan the real world or analyse the use case for which it was made. The 3D technology should give users an all-around immersive experience and have great graphics built in. If the graphics are bad, the user will lose the sense that they are in the real world. These AR, VR, and XR realities have made it possible for users to have a more immersive Metaverse experience as a whole.

When Meta’s creator, Mark Zuckerberg, talks about his ideas for the Metaverse, he describes it as a place where people can talk to each other in virtual spaces without going into them. The world of Pokemon Go was a mix of the real world and the virtual world. Users could interact with virtual elements in the real world. His future projects will have some of the same qualities, but they will look better. The way AR, VR, and XR are used has captivated tech fans, and the idea behind them has already taken the gaming world by storm.

An important piece of technology needed to build a metaverse is artificial intelligence. AI has the power to make the biological modes of virtual worlds better. It is in charge of improving some of the Metaverse’s technical parts or frames, such as voice translations and recognizers that can talk to each other in real time, like Alexa and Siri.

Without a doubt, the Metaverse can’t be built without a much faster network. The internet connection should be fast for the user to be able to send and receive high-resolution audio and video files. No generation is ready for the fifth generation of mobile networks, but 5-G can help make the Metaverse work.

How to Set Up Your Own Virtual Gaming World

1) Choose the right use case and theme for your virtual world.

Choose the right Metaverse theme or use case for your virtual game to be based on. Metaverse can be used in many ways, including education, the military, health care, banking, and more. The virtual metaverse game can be chosen based on how much it costs and who it’s for.

During the process of making the metaverse gaming virtual world, the architecture, user flow, and user interface are all planned. This is what UX/UI designers are paid to do. They will make a prototype model and send it to the user for further development.

At this point, the coding of the metaverse virtual gaming world begins. As front-end and back-end services, payment gateways and liquidity pools are also added.

4) Testing and Getting Rid of Bugs

By auditing the smart contracts, bugs are found and fixed in the app. After testing, the prototype of the app is turned into the final product.

5) Services for installation and help

The product is put on local or cloud servers, and even after the app is released, the support services are still available.

Even if you plan to make a full-fledged metaverse project or just want to take the first steps, it is always best to talk to people who have experience making metaverse games. It’s pretty clear that the metaverse craze is going to keep growing, so companies should set up their