Bitcoin or Ethereum: Which One’s a Better Investment? 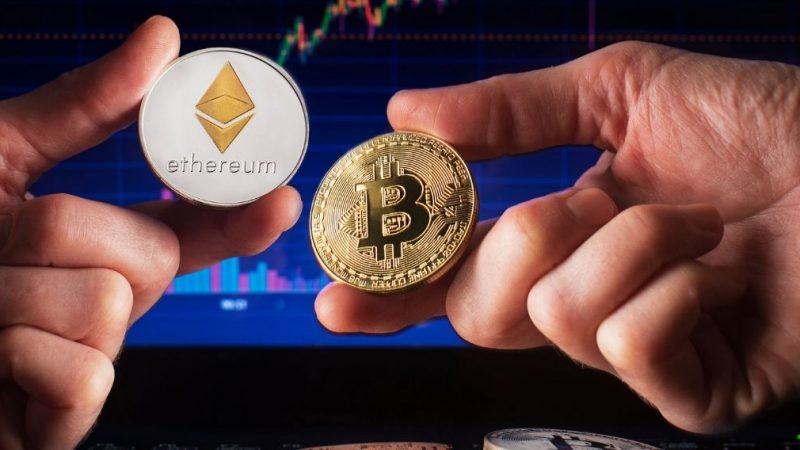 2021 has been the year a huge section of the crypto-community got inducted into the space. In other words, many investors bought their first crypto last year. This could be due to the meteoric rise in Bitcoin prices early in 2021 when the world was still reeling under the latter variant of COVID-19.

However, the one question that occurs to most first time investors is whether to go for Bitcoin or Ethereum? Here’s what we think should drive the choice of investors.

Bitcoin was the foremost instance of a digital currency. With it, the idea of the cryptocurrency, or virtual money lacking any tangible form, was born.

That said, Bitcoin was, still, not the first time that someone thought of a decentralized, nonphysical format of money. It was the first time that the idea got implemented successfully. And it must be admitted that value of the altcoins (including Ether) normally mirrors Bitcoin. Bitcoin is still the most traded crypto and will remain so in the next few years.

The main motive behind developing Bitcoin was to establish a viable alternative to traditional fiat currencies backed by governments. It is defined as a store of value and often used as a medium of exchange. This true despite the fact that Stellar Lumens and some other payment-focused cryptocurrencies make a better choice for this purpose due to their high throughput and low transaction costs.) Today, Bitcoin is primary viewed simply as a store of value, since it’s high fees aren’t ideal to be a true currency.

Ethereum is a worldwide computing platform represented by its native cryptocurrency, Ether (ETH). As demand for Ethereum blockchain’s computing power increases, so does demand for ETH.

Solidity is Ethereum’s programming language. It is used to create smart contracts deployable on the blockchain. Developers opt for Ethereum as their platform of choice for building their apps due to it being highly decentralized. Being decentralized makes it highly resistant to censorship and other forms of centralized malpractice. Peer-to-peer applications developed on Ethereum are known as decentralized apps (dApps). The dApps are capable of providing trustless ecosystems and services. The native currency on the Ethereum platform, ETH is required to operate dApps on computers worldwide, that is the Ethereum blockchain.

Ethereum was introduced in 2015 addressing the limitations of Bitcoin. Its use cases offered more opportunities for developers to develop new applications, so it eventually became a separate and competitive entity.

Also Read: How to Create a Balanced Crypto Portfolio?

Why Bitcoin and Ethereum aren’t Rivals

Looking up Bitcoin versus Ethereum leads to a deeper insights into what blockchain technology has to offer improving every aspect of our lives. If anyone wishes to know the future of any department from finance, judiciary through construction, chances are that Bitcoin and Ethereum may be a big part of it.

It’s necessary to realize that Bitcoin and Ethereum are fundamentally distinct ideas build on distinct business logic addressing largely varied concerns. Bitcoin is a store of value. Ethereum makes for a decentralized platform that can host decentralized applications. Ether is the token with programmable value that is bound to the Ethereum blockchain. The underlying technology of Ethereum and Bitcoin are the same, however. Both of these digital assets operate on blockchain technology fuelling its network. We need not rely on letting others have our precious data to make transactions. Blockchain allows anonymity to some extent creating a trustless, immutable approach to do business.

There may be currently very little to compare between Bitcoin and Ethereum. However, there are chances of huge variations after their mainstream acceptance.

Bitcoin is considered digital gold. Ethereum on the other hand is a decentralized computer. Both blockchains may be leveraged to store and transfer value. Ethereum can additionally be used to implement decentralized applications (dApps). Ethereum is a development platform/ global computer.

Hence while deciding on which crypto currency to invest in, utility is the key determinant. It is to be weighed that despite their present performances, which one of two is to offer greater and wider utility to increment value of their token. It is good idea, though, to go for a balance of both.